I'm shooting another video in the not too distant future which is going to feature a number of different time lapse scenes. After seeing a rather epic video by Jared Brandon I knew that some kind of motion system was needed:

Staring blankly at the 3D Printer I had a brain wave: Sitting in the ceiling was my reflector telescope with a perfectly good equatorial mount... This mount allows the operator of the telescope to easily track a star or planet across the night sky as the earth rotates. 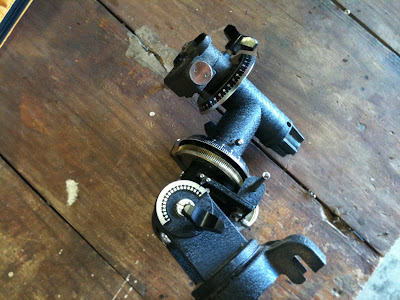 The brainwave involving the printer was to adapt the mount to take a DSLR camera for time lapses.

An hour with Google Sketchup and my vernier calipers I had a few parts drawn up.

The part on the right is an adapter plate the attaches a Manfrotto quick release adapter to the equatorial mount. The part on the left is a clamp for mounting a cordless drill motor (more on this later)

Then on to printing :-)
The adapter plate: 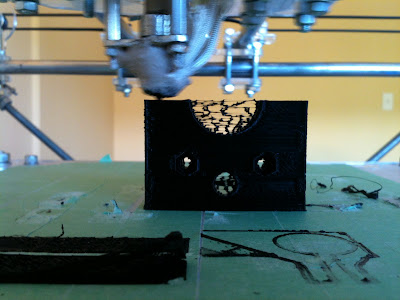 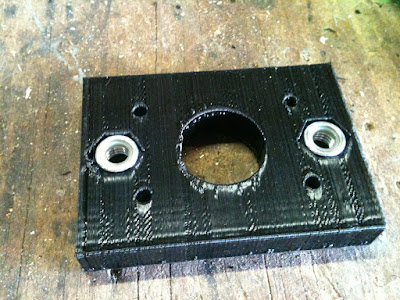 And the motor clamp: 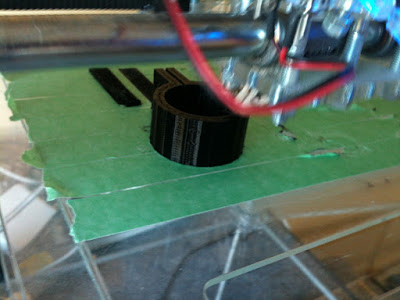 Measure 200000000 times, draw, redraw and redraw meant that the parts bolted together without a hitch. 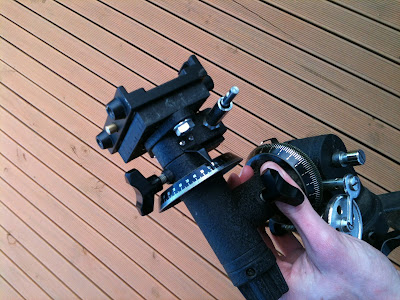 Mount with legs attached and a camera attached to the QR adapter: 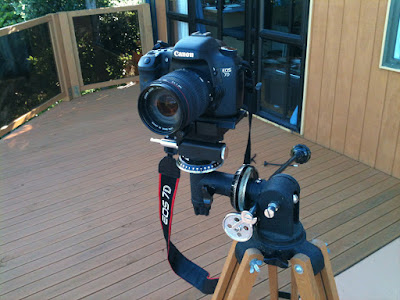 So are you wondering what the cordless drill motor is for yet? The whole idea behind this system is that the camera can be moved a fraction of a degree in pan and or tilt between each of the hundreds of exposures required to make up a decent time lapse. Now I don't know about other photographers or engineers out there but I'm not doing that manually!

Enter the cordless drill motor: With the chuck it mounts onto the driveshaft of the pan head very easily. The clamp simply serves to take some of the motor's weight and to stop it from turning. 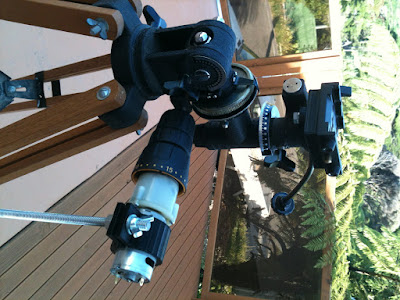 A test of the head with the camera in video mode:

Control electronics are in the works, likely to be based on the Arduino platform... Stay Tuned :-)
Posted by Unknown at 10:05 PM No comments: