Extracting Electricity From a Candle Flame

Extracting Electricity From a Candle Flame:
The title of this problem was "candle power plant" and specified that a device was to be constructed that converted the thermal energy released by the flame of a candle into electricity.

Our students decided to with with a peltier element as the conversion device. For this we started with a lab demonstration peltier powered fan. The students at first did a quick test heating one of the aluminium plates. This did produce electricity however once I explained how heat engines work the students agreed that we needed to make some changes...

The Peltier element was removed from its home and sandwiched between an aluminium plate to act as a heat spreader and a computer CPU heat sink for cooling the cold side.
I drilled a 1.5mm hole into both heat spreaders, this was to allow a thermocouple to be connected to each of them. 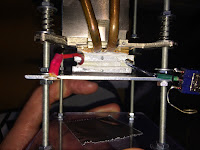 This setup worked a lot better and allowed some useful data to be collected, the heatsink however was not big enough to dissipate all of the heat from the candle.

To try to counter this, the students added a simple convective chimney made from a piece of a dead measuring cylinder. This improved the power output by approximately 20% and allowed the power plant to run longer before overheating. We made sure to keep the hot side at less than 110˚C to avoid damaging the peltier.

After those tests we set about making a more robust power plant that didn't need a retort stand to hold it together. We came up with what you see below, each of the parts is mounted to threaded threaded rods using nuts. The heatsink clamps the peltier between the two heat spreaders with the springs allowing for thermal expansion without crushing the peltier. 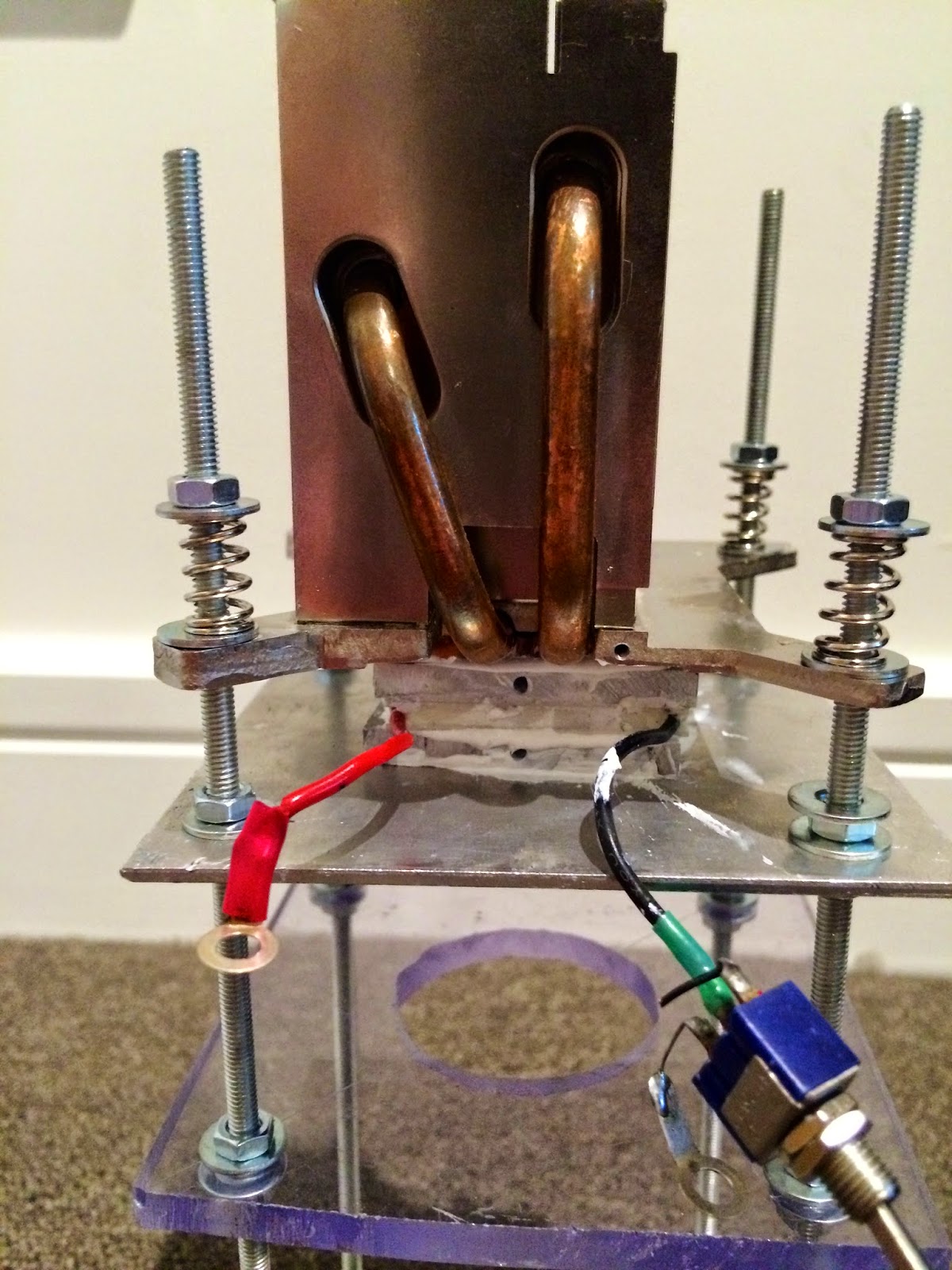 Electrical load:
To provide an electrical load for the peltier we used a decade resistance box of appropriate power rating.

Instrumentation:
As with most of the other systems we have built, Vernier lab hardware was used for data collection. 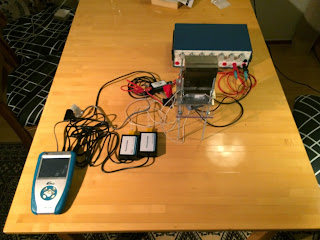 This project required a total of four analogue channels to be monitored:
Two thermocouples, one each for the hot and cold side: Vernier TCA-BTA 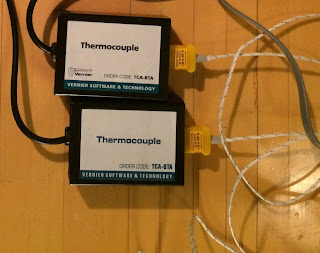 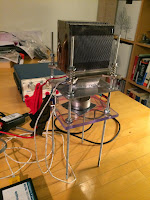 A current probe between the peltier and the resistance box. 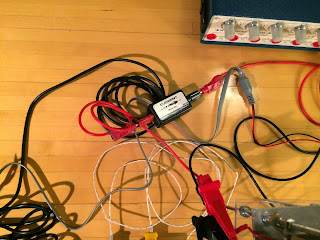 And finally a voltage probe to measure the voltage across the load resistance. (Specially modified by replacing the clips with banana plugs) 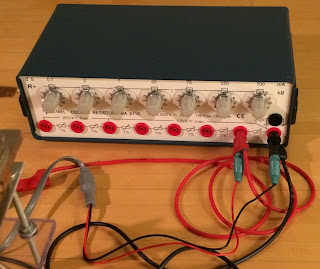 We used an original Labquest for data collection as this was the only interface we had with four analogue inputs. 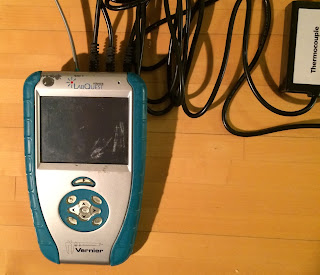 At peak output the power plant would produce about 2W before things began to overheat. Assuming the candle is around 100w this puts the peak efficiency at around 2%! No powering the national grid with candles by the looks.