Light With No Sense of Proportion: Test Assembly

After a day of exploring tunnels and being disappointed by a monster truck I did some more work on the silly desk lamp.

I did a test fit of the new hanger described in Part Four and hung the lamp shade from it. 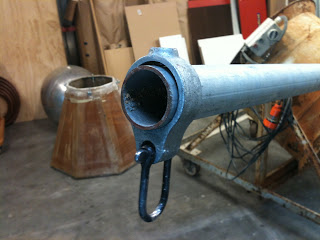 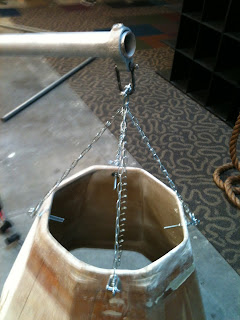 About this time I turned my attention to what the pole was going to be supported on. In my collection of big kids meccano there is a stack of galvanised steel pipe and a box of various Kee fittings, left over from my bed and then used for Sleepeater and now to be used for a light stand.

First thoughts centered around the idea of making some form of tripod with the pole slung below the apex with a chain. This proved to be no where near strong enough with the part I had to hand.


The next frame idea was slightly inspired by a trebuchet... 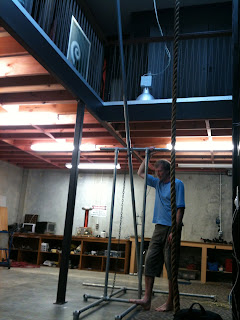 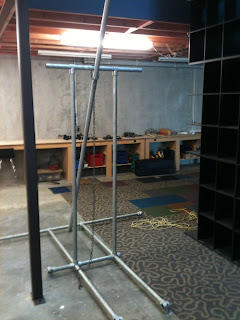 And it supports the pole quite nicely :-) The only addition required was a chain backstay at the back to stop the vertical pipes bending. There are some pretty impressive forces involved in this project. 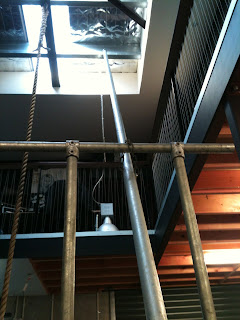 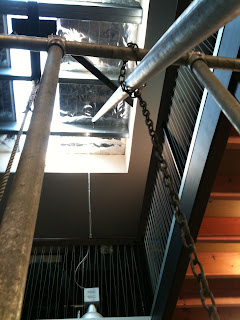 I then set about hanging the lampshade from the pole and fitting the luminaire for another "how does it look?" test. Anyone who has seen the Get Smart Cone of Silence may well find one of these photos more than a little amusing. It is not staged - I am actually fitting the mercury vapour high bay there. 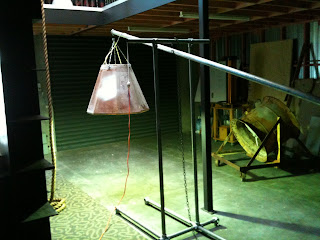