Some friends of mine and I decided to have a bit of a farm get away weekend recently. One of the things we decided would be fun while away was break the sound barrier... With a really big cannon.

Some of you may be familiar with the pNuke system of air toys which have featured in videos such as Sleepeater... The cannon used here is a more powerful and scary version with a custom built valve and some other trickery.

The barrel is a 6m length of 40mm scaffolding pipe coupled to the pNuke via some very big rubber hose and Mikalor super heavy duty hose clamps.


Unfortunately we were unable to achieve supersonic projectiles, I think this is due to the maximum flow through the valve not being high enough or the interior of the barrel is too rough.


Despite this the result is pretty spectacular...

As usual, Glow Sticks are pretty impressive in the dark:

We made a projectile out of rolled up newspaper and gaffer tape... It promptly disintegrated when launched. 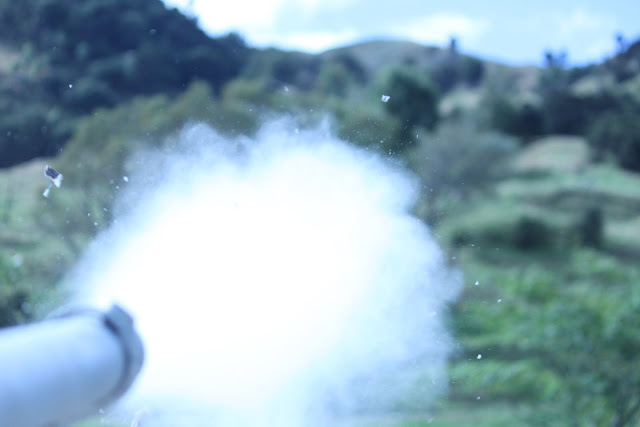 An attempt to fire a lemon resulted in a lemonade mist... No pieces of the lemon were found. 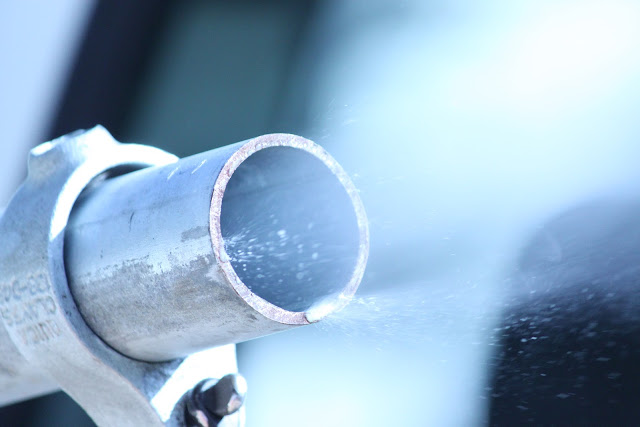