Putting the Light Into Proportion

The Silly Light has had it's first opportunity to really shine... Ahem.

As the gig was the first "final" assembly I wasn't 100% sure as to how it was all going to turn out... Jez and myself set about pulling the house apart in order to bolt the Kee gate hanger down.
The ironwork is a mixture of Unistrut brackets and a spare construction plate I had lying around. The end of the scaffolding pipe is inserted into this gate hanger to keep it in place.

The festoon lights were gaffer taped to the pipe just before we put it up.

After the whole thing was assembled, the pipe was propped up on one of my ammunition cases as the shade was hanging a bit low. The rope top stay was tied to the hand railing and it was done :-) 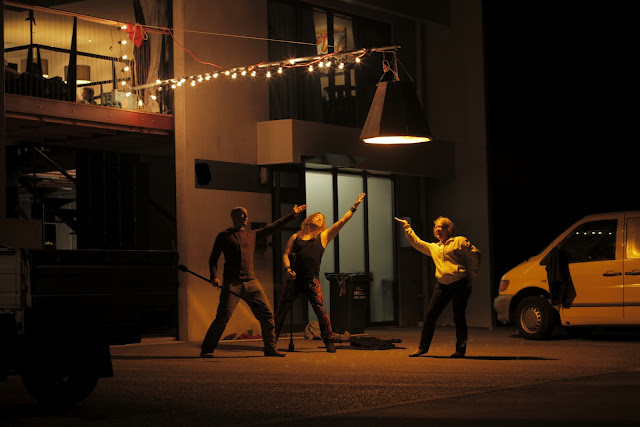 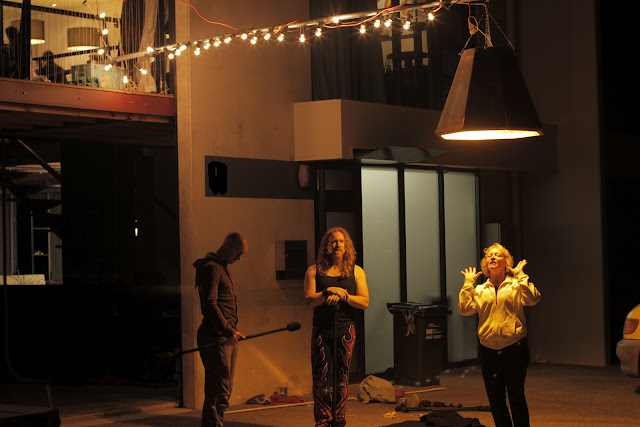 The effect is almost exactly what I wanted to achieve, if the light is assembled again I want to prop the pipe up higher and spread the light further.

Thanks to: Jez, Dave and Joel for helping with the assembly, Will for help with disassembly and anyone else I have been rude enough to leave out.

Part One: Where the idea came from.
Part Two: First testing of the light shade.
Part Three: I try out a mercury vapour light source.
Part Four: Procuring parts like the street light.
Part Five: Test assembling the frame.
Part Six: Going away from the frame idea. 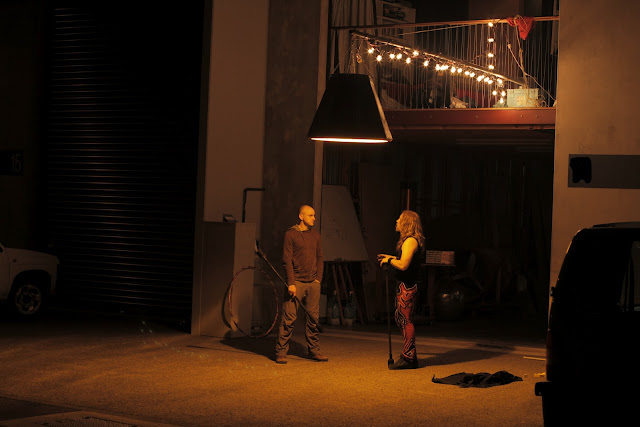