For a very long time now the Rapman's extruder conduit has been attached to the frame with a couple of velcro cable ties: 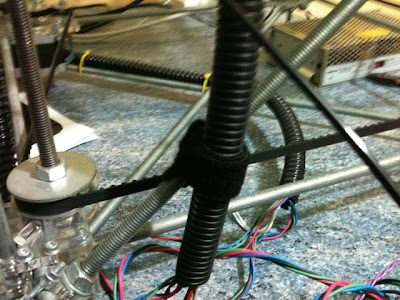 I decided finally that the cable ties were a bit too crude and set about designing something a little more elagent. Twenty minutes later I designed a clamp: 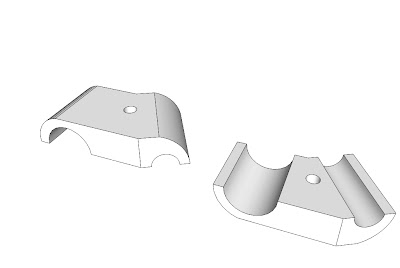 Now it was only then I realised that the clamp needed an offset between the threaded rod and the conduit. So I had to throw away the nicely rounded clamp and start again.

Mark two was a little uglier - The part needs at least one flat face with no overhangs. That is, the face which will be laying down on the bed of the printer. 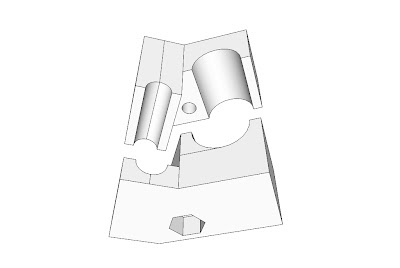 A couple of hours on the printer later and these were the result: 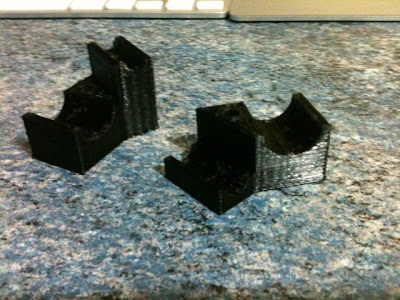 Still not perfect (I misread the protractor in my haste) but it clamps the conduit and the threaded rod OK. Mark three will be the correct angle :-)

If I say so myself this clamp goes pretty well with the first one made for this machine. 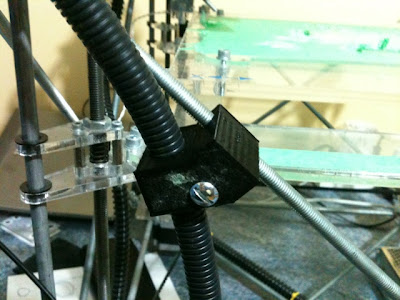